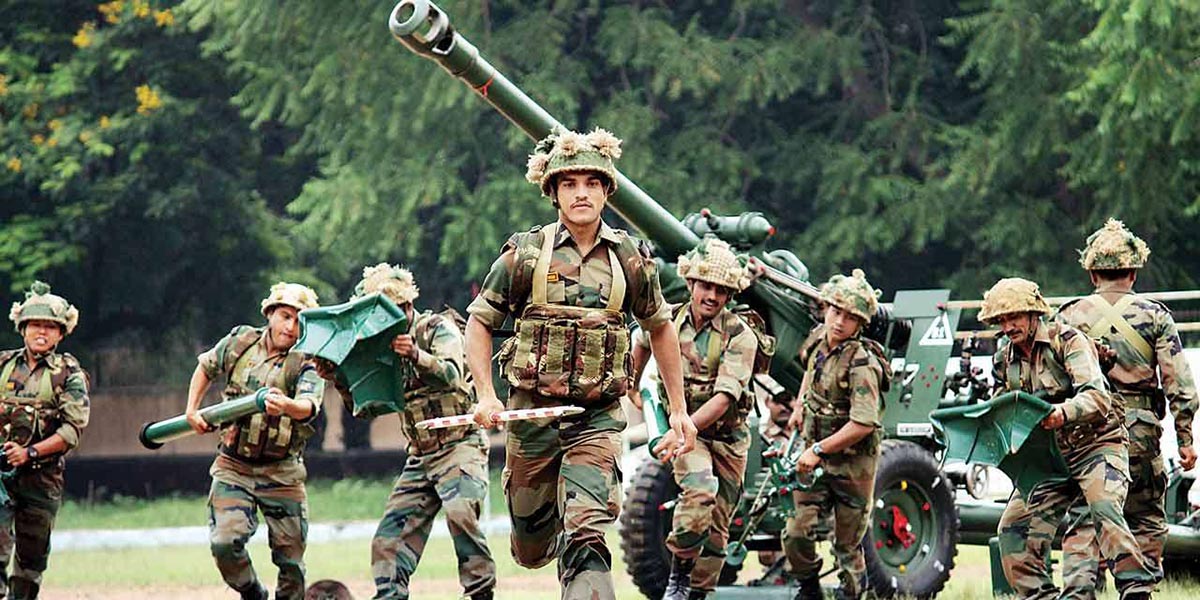 The National Defence Academy Examination is conducted by the UPSC. It is considered to be one of the most difficult competitive exams in India for government recruitment and is written by more than four lakh candidates every six months. The NDA Examination is conducted to recruit aspirants to Army, Navy, Air force, and the Indian Naval Academy in the officer’s cadre. The UPSC conducts the examination twice a year in the month of September and March.

Considered as the most prestigious recruitment in the Armed Forces cadre, the multiple stages of this selection process not only tests the intellectual or intelligence level of a person but it also in the second stage tests a person’s overall personality, psychological fitness for the armed forces and other characteristics important for an officer in the Armed Forces. The NDA Examination conducted by the UPSC is the first stage of the recruitment process based on which the candidates are shortlisted for the subsequent stages of the selection process. About 6000 candidates clear the NDA Examination, which is about 1 in 125 who take the test. These candidates are then called to various Service Selection Boards (SSBs) of the armed forces for the personality, medical, and psychological testing rounds. Every year about 700-850 candidates join the National Defence Academy out of which about 400- 500 would be for the Indian Army, 100 for Indian Navy and 200-250 for the Air Force, and about 50 for the Naval Academy.

The selection of candidates to the Armed Forces is a two-stage process. The first stage is a written examination. The written test is a pen and paper mode examination with Multiple Choice Questions (MCQ). The candidates have to mark the correct answers on an OMR sheet with a blue or black ballpoint pen.  The written examination has two papers, one of which is Mathematics and the other is a General Ability Test. The General Ability Test has two papers, English and General Knowledge. The candidates get two hours and thirty minutes to attempt each paper. There is negative marking in the examination and the exam can be attempted either in English or Hindi.

The NDA Examination is an objective type examination with only one correct answer to every question. The total number of questions in the Mathematics paper is 120 and the General Ability Test is 150. The Mathematics paper is for 300 marks and the General Ability Test for 600 marks. The questions in the General Knowledge section is from physics, chemistry, general science, history, politics, India’s freedom struggle, geography, and current affairs. The mathematics paper has general maths questions until class 12th. The NDA Examination syllabus is mainly based on the CBSE syllabus up to class 12th and reading the NCERT books while preparing for the examination will be helpful in clearing the written examination.

The marks distribution of the general ability paper according to the topic is as follows:

The second stage of the selection process has two separate tests psychological and personality tests. These tests are conducted over 5 days. Candidates are given the schedule of tests to be conducted on each day upon their arrival at the interview centre. The candidates have to submit the original class 10th certificate and class 12th certificate along with a photocopy. The day-wise SSB NDA interview tests are as follows.

The PABT (Pilot Aptitude Test) and the Computerized Pilot Selection System (CPSS) should be qualified separately by candidates with the first choice for the Air Force. Candidates must carry these documents along with their photocopies, at the time of attending the second stage of the process.

Reasons for being disqualified for NDA exam interview round

Apart from not being rejected due to failure in qualifying any one of the above interview tests, one can also be disqualified because of the following reasons:.

NDA Examination | How to Apply?

One can fill the NDA Examination application form from the official website of UPSC.

Eligibility | Who can apply to the NDA exam?

The result of the NDA exam is declared in 4 steps. The stages of NDA exam results are:

To qualify for the second tier, which is the interview with the SSB, in the First Tier you must score at least 25 percent out of 900. At the same time, in each segment of the papers, you must have a minimum of 25 percent.

Candidates who appear in the exam would have to carefully review the NDA syllabus to find out what topics they need to cover for the exam. Candidates should be able to work out the most important and less important topics with the aid of the syllabus and prepare their analysis accordingly.

What if you do not clear the NDA Examination?

If you are keen to join the Armed Forces and you have not been able to clear the NDA examination due to reasons other than that on the medical ground, then you can after your graduation apply again through the Combined Defence Services (CDS). Apart from the CDS, there are also many other opportunities for graduate students through the University Entry Schemes and Shor Service Commissions to join the Armed Forces. Candidates interested to join in specialized cadres of the Armed Forces can also apply to various vacancies in the area of Law, Submarine Cadre, Aeronautical, Ground Staff, Pilots, Armed Forces Education, Hydro Cadre, Naval Pilot, Religious Teachers, Engineering Cadre, Supply Chain and Logistics Cadre and Technical Cadre which appear in the websites of the Army, Navy, and Airforce periodically. These vacancies are mostly open for Graduates and can be either in the Permanent Commission or the Short Service Commission. Although, NDA is only open for male candidates, there are many of the above-mentioned vacancies for which women are also eligible to apply after graduation.